In November of 2008, a tug boat caught fire in the center of Old Hickory Lake. While the fire department was able to put the fire out with limited mobile gear, it brought attention to the need for a dedicated boat with emergency response capabilities.

When a grant from the Department of Homeland Security became available in March 2013, Marine 2 was commissioned to manage a multitude of emergencies that can occur along the city's 57 miles of shoreline in Gallatin as well as areas along the Cumberland River from Defeated Creek to Cheatham Dam. The smaller "fast attack" vessel was developed instead of a larger fireboat in order to provide a quicker and more nimble response to marine fires and other emergencies and costing far less to operate and maintain. 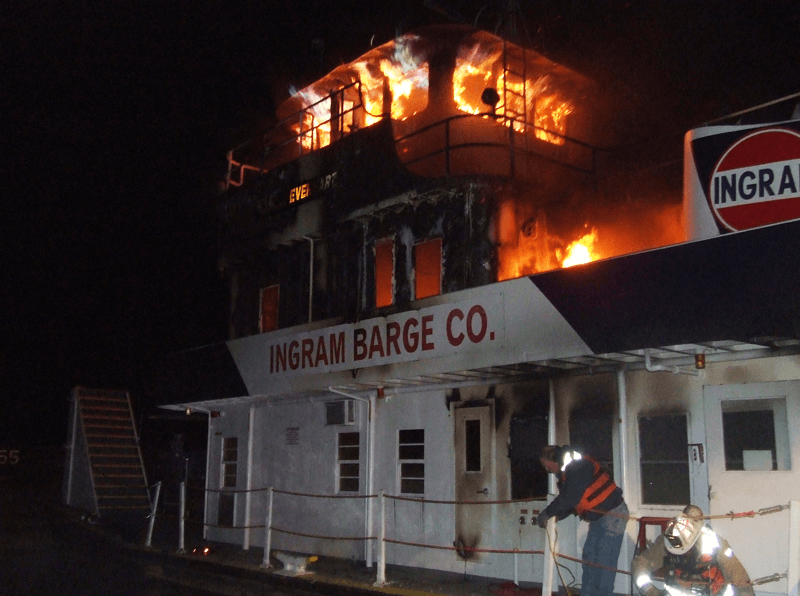 Marine Two is officially called "Sergeant Steve Downing," named for a former Gallatin police officer who died during a water rescue. Downing was off-duty fishing with his daughter when he heard a boater in distress who had fallen into freezing waters of the Cumberland River. After jumping in and managing to get the victim to safety, Downing died of a heart attack.

While the boat is operated by the fire department, it's actually an extension of the Office of Homeland Security multiple hazard response capabilities including the following: