Seasonal Recycling Request from the City

If you take your cardboard to the City of Gallatin’s Recycling Center at 641 Long Hollow Pike, you may have experienced over-flowing bins. According to Gallatin Public Works, the department that administers the city’s waste disposal, paper and cardboard recycling has increased 15% from the previous year. Despite a number of process improvements, recycling cardboard continues to be a frustration for customers and city officials alike. With the holidays approaching, city leaders are turning to local residents for help, asking those who are able to store their cardboard for a few weeks after the holidays before bringing it to the recycling center.

“Cardboard waste is definitely a by-product of online shopping,” said Gallatin Mayor Paige Brown. “With the holidays approaching we’re anticipating more of everything, and that’s why we’re asking residents to avoid dropping off their recyclables immediately after Christmas.”

Gallatin Public Works has been reacting to the increased demand for cardboard recycling. This week they hired two additional staff members to sort cardboard for the city’s cardboard baler. In 2017, Gallatin received more than $12,000 in grant funding from the Tennessee Department of Environment and Conservation to acquire the baler, a machine that compresses cardboard into bales for easy transport.

Public Works is actively enforcing their recycling-center policies, namely those stating that the facility is not for the use of businesses or residents who live outside the city limits. “Unfortunately, we must turn away non-residents at the point,” said Zach Wilkinson Director of Public Works. “We hope everyone understands that we don’t have the capacity and our services are paid for by Gallatin City residents only.”

Those living outside of the city limits may take their recyclables to the Sumner County Resource Authority Recycling Center on 625 Rappahannock Wire Road in Gallatin. There is no charge for recycling plastic, glass, cardboard, aluminum and paper.

Wilkinson says the biggest challenge in recycling cardboard is contamination. With an abundance of cardboard in the recycling market, buyers are very strict about receiving unsoiled materials. If a shipment has visible contamination, such as plastic bags or food items mixed in with cardboard, the entire shipment is diverted to the landfill and the city is charged for the additional cost.

Gallatin is now participating in the Regional Solid Waste Directors’ Roundtable, a group of municipalities and solid waste authorities from around Middle Tennessee. The goal is to look for ways to maximize lifespan of current landfills and to identify best-practices that will help make solid waste affordable and sustainable in the future. It’s projected that existing landfills in Middle Tennessee will be at capacity within the next decade, so cities working together will offer more leverage in purchasing and planning power than individual cities. 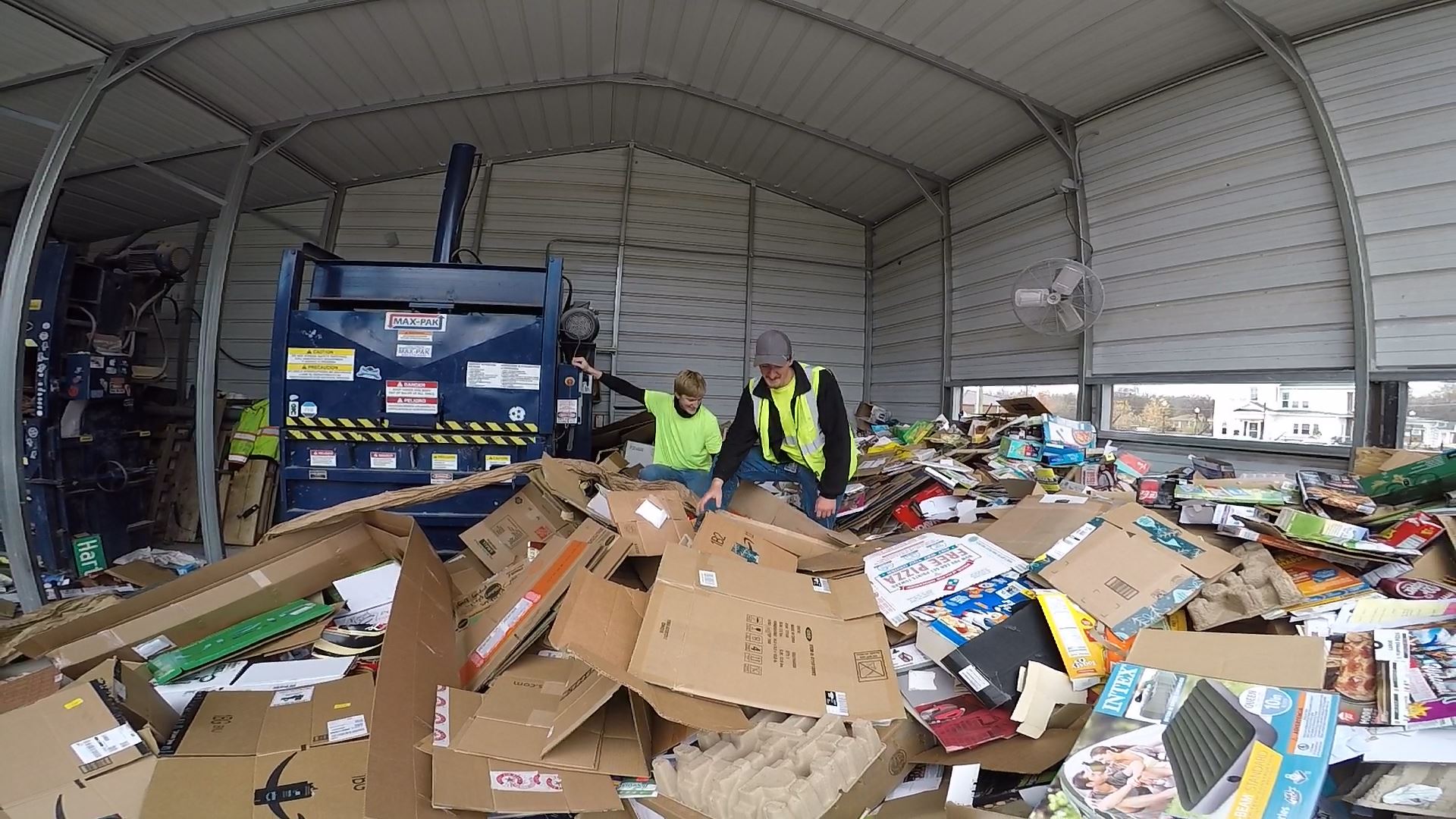